For 40 years, Benoît Vincendeau has been making a business of his passion for motorsport. And his business is a real success story. At Saint-Prouant, SADEV designs and manufactures transmission systems for motorsport. Its products are used in the majority of motorsport disciplines.

The birth of SADEV: a passion and people

SADEV is a fine adventure, born of a passion in 1974. A subcontractor in the precision turning and general mechanical engineering sector, Benoît Vincendeau is also a motorsport enthusiast. In the early 1980s, he began producing dedicated transmission systems for motor racing. Very quickly, vehicles equipped with his products started to win their first titles at prestigious racing events.

After building a team of demanding professionals and structuring the company around the specialised business of precision gears, SADEV was awarded its first contract to supply transmission systems for a major car manufacturer.

The growth of SADEV: effective investments for a winning strategy

Since it was founded, SADEV has gone from strength to strength. In 2000, SADEV boosted its industrial production capacity by adding a 3,000-m² extension to its premises. This enabled the company to meet the demanding requirements of rally racing for the Super 1600 category. In 2003, Sébastien Loeb was runner-up in the world two-wheel drive championship in a Saxo Super 1600 equipped with a French gearbox!

From 2003 onwards, the company’s strategy became firmly anchored, with a series of large investments:

In 2009, Benoît Vincendeau invested in calculation software capable of numerical product testing and more effective dimensioning. From 2010 onwards, SADEV was awarded new contracts and gained access to the Holy Grail of motor racing: the WRC, the prestigious World Rally Championship. Along with Citroën and DS3, SADEV won its first world titles.

Thereafter, SADEV continued its exponential development on the international stage, reinforcing its network of distributors. Then in 2013, SADEV opened a branch in America; SADEV Transmission Inc.

SADEV is now present in more than 50 countries. The gearbox manufacturer has established a winning strategy!

The future of the transmission specialist

Since it was created, SADEV has been supported by a perfect balance of highly-qualified personnel and cutting-edge technologies. Ever more precise, more technical and more efficient, its people have been able to adapt to the needs of a constantly evolving sport. Well aware that grey matter and technologies are the drivers of its growth, SADEV permanently invests in human resources and the most advanced machines.

Our company has firmly established its position as the motorsport transmission specialist.

In just over 40 years, SADEV has built its image as a high-performing, innovative company in the world of motorsport. 2018 represents the start of a new era, with the construction of a building that will bring the total area of the company’s facilities to 10,000 m2. This additional space will enable SADEV to incorporate new technology in order to support its growing determination to develop its positions in the transmission and motorsport markets. 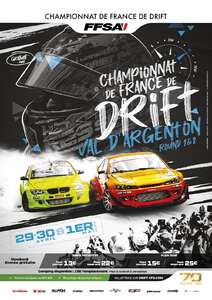 The new season of The French...

This weekend, it is on the mythical circuit of Val d’Argenton in France, that the first round of the...
Read the article

Exceed yourself to stay the best

A goal, always be ready for you